History of the Church

The church was erected over 150 years ago as a memorial to George Augustus, the sixth Earl Cowper, who died before he could realise his publicly declared intention to build a church at Lemsford for the benefit of his tenants. His widow and children ensured that his wish was fulfilled, and the church, designed by David Brandon, was built and dedicated in 1859.

The tower, complete with perforated quatrefoil parapet and corner-mounted dragon gargoyles, remains to this day a prominent landmark in the surrounding countryside.

There are notable stain glass windows including:

- Two Marys at the tomb by Christopher Webb

- The life of Christ at Pentecost by H G Hillier & Co

- The Passion and Ascension in five panels by Clayton & Bell 1874

- Virgin and child by Christopher Webb 1928

The font is stone and has a studded oak lid. There is a victorian brass eagle lectern. There was no clock until 1876 when the original timepiece was installed by Messrs. Gillet & Bland to the west and south elevations of the tower. The clock is now, of course, electrically powered. Six bells were installed in 1977 and dedicated by By Rt. Rev. Bishop of St. Albans, Robert Runcie. A meeting room was added in the late 20th century. Outside there is a large churchyard and a Garden of Remembrance. 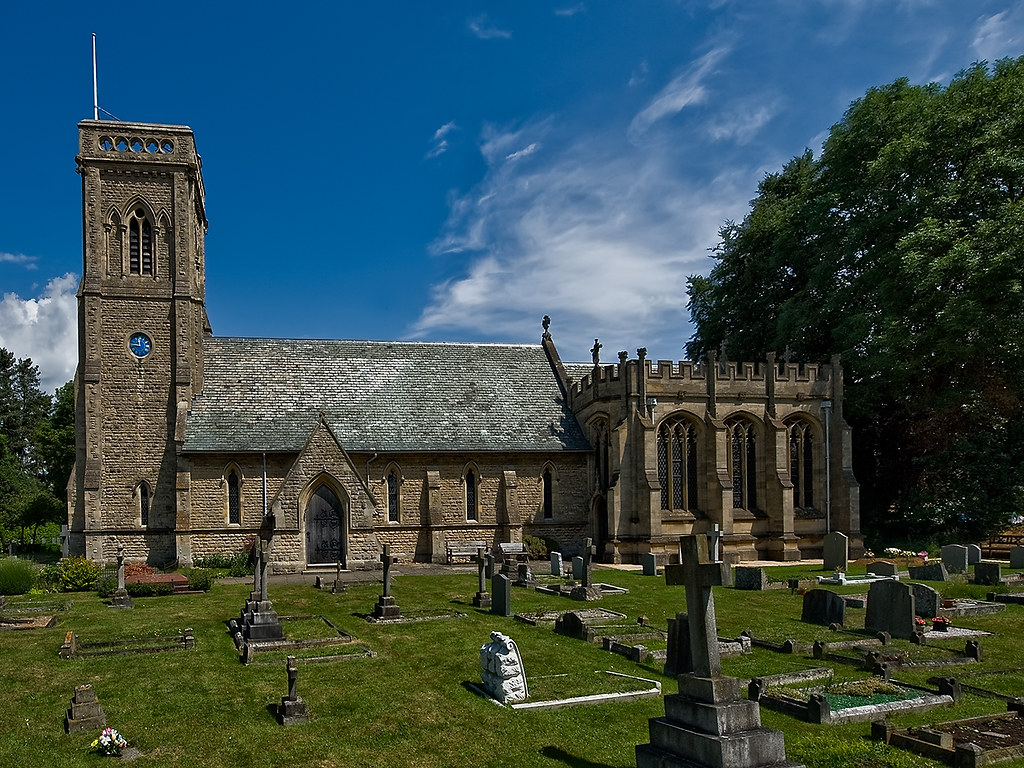 In the late 1920s the Brocket chapel was built at a cost of £7,000 by Sir Charles Nall-Cain in memory of Florence Nall-Cain of Kegworth, who died in 1927. As you enter the chapel, to the left of the door is her stone effigy lying on a canopied marble tomb, finished in medieval style and complete with heraldic cats at her feet. The ceiling displays the armorial bearings of several families associated with Brocket Hall. Oxford architect F.E. Howard was commissioned to build the chapel in the Perpendicular style by Florence's husband Sir Charles Nall-Cain, great grandfather of Charlie Brocket. The private chapel was dedicated by the Bishop of St Albans in 1930 and is thought to be the last of its kind to be built in England. The wooden altar is German 1601 by Heitmann the Elder of Wilster.

Click the following link for more information about the history of the Lemsford:   http://www.lemsfordvillage.co.uk/index.html